You will find a personal story at the end of every chapter in Through God’s Eyes: Finding Peace and Purpose in a Troubled World. Each story offers an example of how to apply the wisdom contained in that particular chapter.

See Every Moment As A Gift

At thirty-four, I was unemployed with a wife and twelve-year-old daughter to support. I didn’t have highly marketable skills and was feeling more desperate by the day. Two months after I lost my job, my tax guy told me I needed to make a $2,500 payment to the IRS in thirty days. I was already heavily in debt and had no idea how I was going to pay that month’s rent, much less the looming IRS bill. I had to repeatedly remind myself to keep breathing.

A few weeks later, my dad asked me to meet him for lunch. We lived seventy miles apart so we met at a Wendy’s in Monticello, a town halfway in between. We sat down and, without question, without judgment, he handed me a check for $2,500. I was stunned. I knew he couldn’t afford to give me so much. As I sat there, blinking back tears, he told me he believed in me and that he loved me. It was the most unexpected, generous, and loving gift I had ever received, and it deepened the already strong bond between us.

Fast-forward nearly six years. I asked my dad to meet me at the Wendy’s in Monticello at three o’clock. He hadn’t a clue why. We sat down, and I thanked him again for that day and told him how much his loving gesture had meant to me. Then I handed him a check for $2,500. It was his turn to be stunned. He tried to thank me but was too overcome with emotion, so much so that he lowered his head to the table and began sobbing. Tenderly, I leaned over and kissed the top of his head. The gift of that moment remains one of the highlights of my life.

I am now grateful for those dark days of no job and no money. Enduring such a stressful period, with fear gnawing at the pit of my stomach for days on end, was a small price to pay for such beautiful moments of love, grace, and redemption. My dad is gone now, but the memories of those lunches at Wendy’s continue to nourish me and feed my soul. Even if I were in debt the rest of my life, I’d still consider myself the richest man on earth. 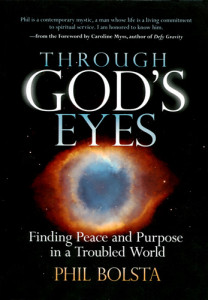